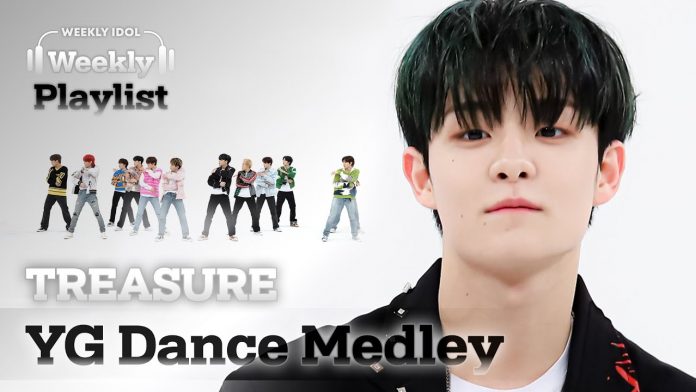 On ‘Weekly Idol’, which was broadcast on MBC Every1 at 7:30 pm on Wednesday, March 9th at 7:30 pm (KST), Treasure, who made a comeback and debut with the title song ‘Jikjin’ from the first mini album ‘The Second Step: Chapter One’ and gained great popularity by winning first place on the first terrestrial music show, appeared.

During their last appearance, Treasure recorded 5.2 million views by covering Blackpink’s ‘How You Like That’ as a group.

Treasure’s perfect YG cover dance medley, which heralded another explosion of hits, can be seen on ‘Weekly Idol’, which will be broadcast on MBC M at 7:30 pm on Wednesday, March 9, and MBC Every1 at 12:00 pm.