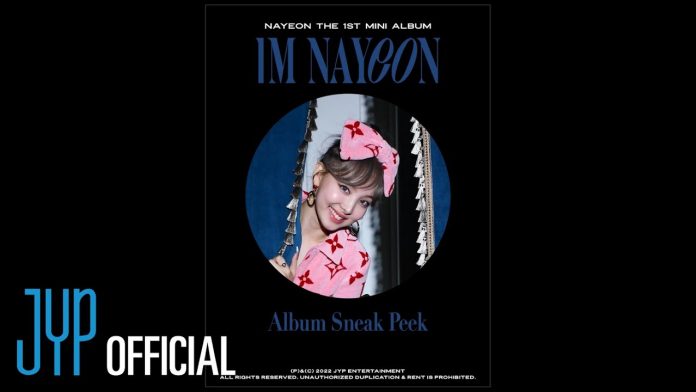 Nayeon will make her debut as a solo artist with the release of her 1st mini album ‘IM NAYEON’ and the title song ‘POP! The new album title ‘IM NAYEON’ has the meaning of ‘I’M NAYEON’ and ‘Im Nayeon’ and ‘I’m Nayeon’ at the same time, showing confidence, and various teasing contents such as track list, trailer video, concept photo, and song teaser. were released sequentially, raising expectations. Nayeon said, “Everyone has me and doesn’t leave me alone”, “The bell rings every day”, “I can’t do this, but I can’t do that. Feeling the ‘,’ etc., he took over the intro part of TWICE’s representative songs, earning the nickname ‘Goyounayeon’ from fans. She, who was in charge of the group’s energy with her unique fruity beauty, showed off her special presence and capabilities with the new song ‘POP!’, which portrayed the most ‘naive’ color, and earned her reputation as the first solo runner of the ‘K-pop representative girl group’ TWICE. It will be raised even higher. ‘POP!’ is a song with a strong addictive melody and a lively atmosphere, and famous writers such as KENZIE, LDN Noise, and Isran came to the rescue to bring out Nayeon’s tone and charm. Through this activity, it is expected to show the true nature of Nayeon, a charming treasure complex, and once again warm the hearts of fans around the world. New album credits include British DJ Shift K3Y, hit song maker earattack, popular K-pop writer Shim Eun-ji, global girl group Little Mix member Jade Thirlwall, and a famous American producing team. The lineup of luxurious writers such as The Stereotypes was embroidered, and Nayeon wrote the solo lyrics for track 5 ‘ALL OR NOTHING’, track 3 ‘LOVE COUNTDOWN (feat Wonstein)’ (Love Countdown) In charge of co-writing the lyrics of Also, in the 2nd track ‘NO PROBLEM (feat Felix of Stray Kids)’ and ‘LOVE COUNTDOWN (feat Wonstein)’, Felix, member of the 4th generation K-pop boy group Stray Kids, and the unique rapper Wonstein, respectively Together, for the first time in a TWICE album, a song featuring another artist will be released.