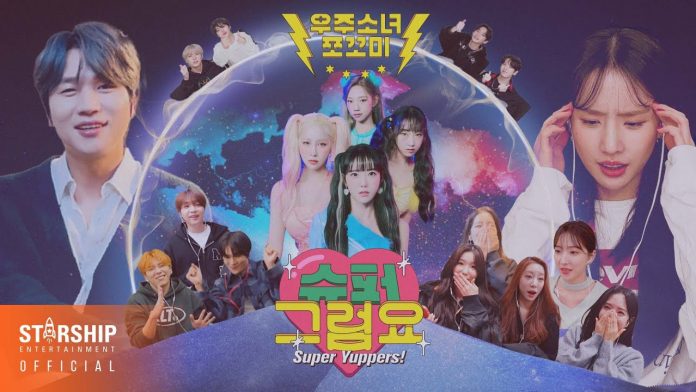 WJSN, who showed off their bright and lively charms on stage, captured the attention by perfectly digesting intense and bold styling such as a modern jacket and a chic black dress in this pictorial. In the interview that followed after the photo shoot, WJSN Chocome introduced the new song ‘Super Yuppers!’, which will be released on January 5, 2022.

More pictorials and interviews with Cosmic Girls can be found in the January 2022 issue of Singles.

WJSN Chocome is the first unit of WJSN, and through ‘Hmph!’ released in October last year, it received a lot of love for exuding its unique lively and lovely charm.

WJSN Chocome’s second single ‘Super Yuppers!’, which drew attention from global fans by announcing a comeback after a year and three months, will be released on January 5, 2022.

(You can find WJSN Chocome’s pictures from the source link below.)