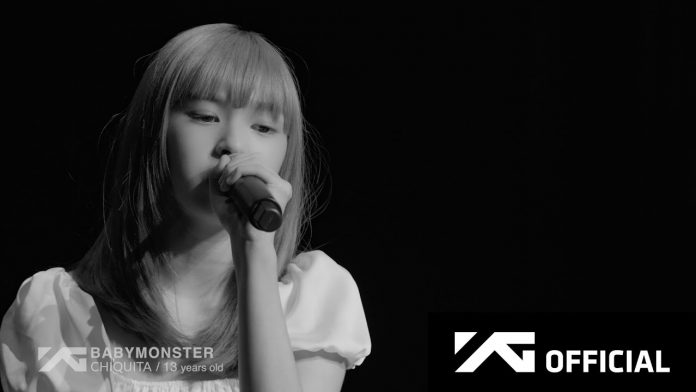 Following Haram and Ahyeon, Chiquita, who performed on her own stage, perfectly reinterpreted JJ Lin’s (Lim Jun-geol)’s ‘Bedroom (feat Anne-Marie)’ in her own color.

Chiquita is 13 years old and is the youngest member among the trainees revealed so far.

After announcing the launch of BabyMonster, Chiquita, who is from Thailand, has been drawing attention as past dance cover videos have spread rapidly online.

BabyMonster is a multinational rookie girl group released by YG about 7 years after Blackpink, and is mostly composed of teenagers.

Global topicality has already been proven with objective indicators.

The number of subscribers to the official YouTube channel has surpassed 600,000, and the combined views quickly surpassed 60 million views.

Also, every time the video was released, it decorated the YouTube popularity chart.

Starting with the video of the launch of the new girl group on January 1st, as their identities are revealed one by one, when they will debut is emerging as a matter of great interest.

As a rookie that YG has been preparing for a long time, it is expected to change the game of the global music market beyond the domestic music industry in 2023.