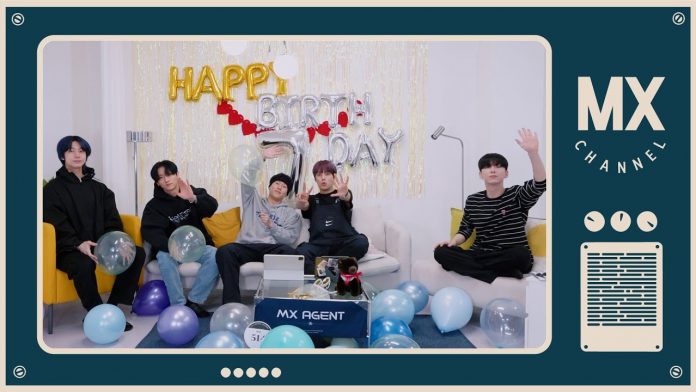 Before the broadcast, Monsta X raised curiosity by saying, “We will decorate a commemorative cake and live broadcast background.” First, Kihyun, Minhyuk, and Jooheon teamed up and skillfully started decorating the wall. The cake to decorate the 7th anniversary was made by I.M and Hyungwon.

After much deliberation, I.M and Hyungwon decided to express ‘LOVE’ and released a creative and artistic idea.

The two used red fruits to create the image of fans surrounding MONSTA X, and completed a special cake.

After finishing the work, MONSTA X gathered in one place and expressed their anticipation for the 7th anniversary live broadcast, saying, “We made a priceless cake and party room.”