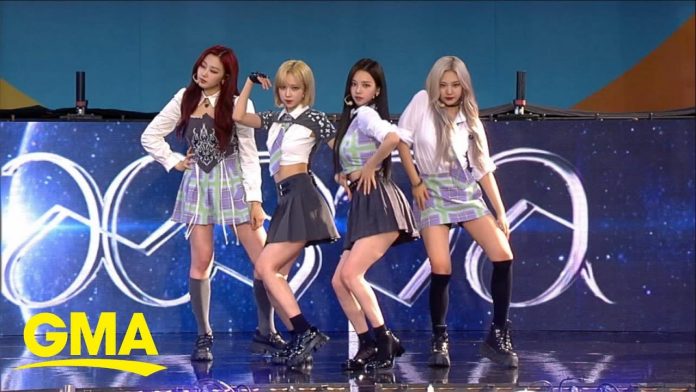 aespa presented a splendid stage by appearing for the first time as a K-pop girl group in the ‘GMA 2022 Summer Concert Series’ held at Rumsey Playfield, a large concert hall in Central Park, Manhattan, New York, USA from the dawn of the 8th.

In an interview with hosts TJ Holmes and Amy Robach, Winter said, “It’s nice to meet the fans like this, and the vibe and energy here are all good.”

Ning Ning replied regarding her feelings on ‘Coachella’ last April, “I’ve always wanted to see Coachella’s stage, and it was an honor to be able to debut on the American live stage at Coachella.”

aespa opened its doors with their debut song ‘Black Mamba’ and pre-released songs from ‘Life’s Too Short’, and they even staged ‘Illusion’ and the hit song ‘Next Level’, giving them a gift-like moment.

‘GMA Summer Concert Series’ is an outdoor concert hosted every summer by ‘Good Morning America’, the representative morning show of ABC channel in the United States.