Ailee and Wheein to release Christmas carols on the 11th 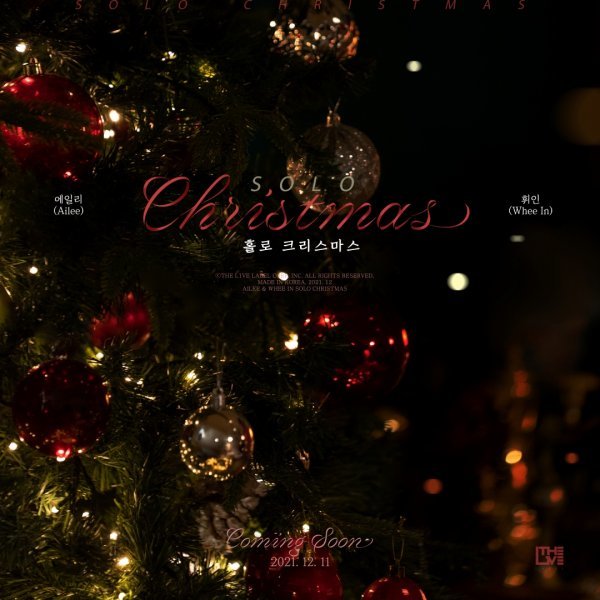 The agency, The Live, announced the release of a Christmas carol by releasing the coming soon image of Ailee and Wheein’s collaboration song ‘SOLO Christmas’ through the official social media at 00:00 on the 6th.

The names of the singers Ailee and Wheein are written on the image of Coming Soon, where the Christmas tree and soft lights give a warm winter feel.

Ailee and Wheein, who belong to The Live, headed by Ravi, boast unrivaled timbre and explosive singing ability.

Boasting a languid yet seductive voice, Wheein heightened the immersion of the play and showed off her next-generation OST queen-like presence.

The Christmas carol ‘Christmas Alone’, which contains the perfect chemistry between Ailee and Wheein, will be released on various music sites at 6 pm on the 11th (KST).