ATEEZ lit up the Chicago night 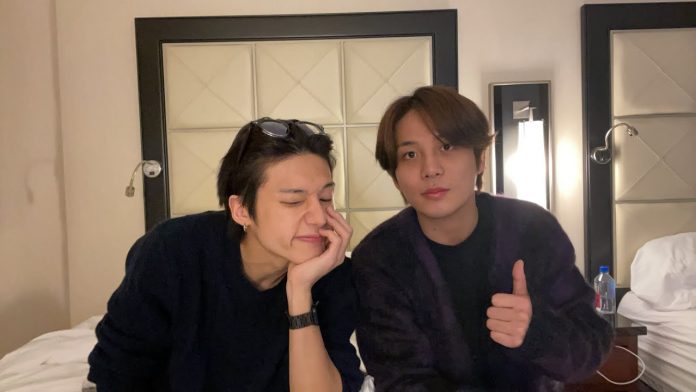 On the 18th, ATEEZ’s 2022 world tour ‘The Fellowship: Beginning Of The End’ Chicago performance at Wintrust Arena in Chicago, USA was held with great enthusiasm.

On this day, the Chicago concert opened with ‘WONDERLAND: Symphony No.9 “From The Wonderland”, just like the last Seoul performance that announced the beginning of the 2022 world tour.

In particular, ATEEZ communicated directly in English for about three hours during the performance. Fans themselves made witty flyers related to Ateez’s worldview, engraved QR codes and affixed them all over Chicago, and continued a long procession to purchase MD products from early hours, including a long procession, and couldn’t hide their excitement ahead of the concert.

During ATEEZ’s Chicago concert, ‘#ATEEZinchicago’, ‘#ATEEZWORLDTOUR2022’, and ‘#AteezChicago2022’ appeared on the Twitter world-wide trend, proving the hot reaction even online.

In this way, ATEEZ, who captured the eyes and ears of the audience while breathing with fans, plans to further show off their presence as a global trend through their 5th concert in 4 cities in Atlanta, Newark, Dallas, and Los Angeles.

ATEEZ will continue their concert at the Gas South Arena in Atlanta, USA on the 20th.