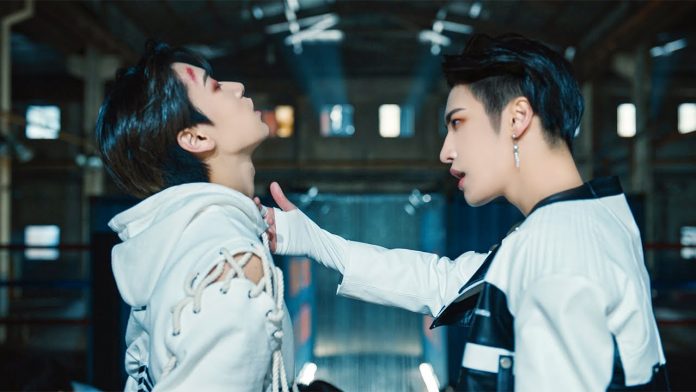 In particular, ATEEZ’s fans’ expectations are high with the news that the boxer version of the title song ‘ROCKY’ will be released for the first time on Asahi TV’s ‘BREAK OUT’ on Japan’s Asahi TV broadcast on the 26th.

This new album ‘Beyond: Zero’ is an album with the meaning that ATEEZ will fly to various worlds beyond ‘ZERO’ in the future, and ti contains ‘Deja Vu’, ‘Night Flight’, ‘Take Me Home’, and ‘I’m The One’ Japanese versions.

The boxers version of the title song ‘ROCKY’, which was released at 0 o’clock on the 18th before the album release, ranked 2nd in the Recochoku K-Pop Daily Chart, 3rd in the Worldwide iTunes Top Song Chart, and the Line Music Daily Top.

It took ninth place on the 100 charts, proving the anticipation for the new album. Then, on the morning of the 25th, ATEEZ climbed to the top of the iTunes top song charts in 21 countries including Chile, Peru, Brazil, Indonesia, and the Philippines as of the morning of the 25th, demonstrating their potential with their Japanese comeback after 10 months, as well as ‘Beyond: Zero’ after the album release took the 2nd place on the Line Music weekly album chart and 4th place on the daily album chart, heralding that the global popularity that has been proven through the world arena tour, which started in Seoul recently and conducted in the Americas and Europe, will continue in Asia.