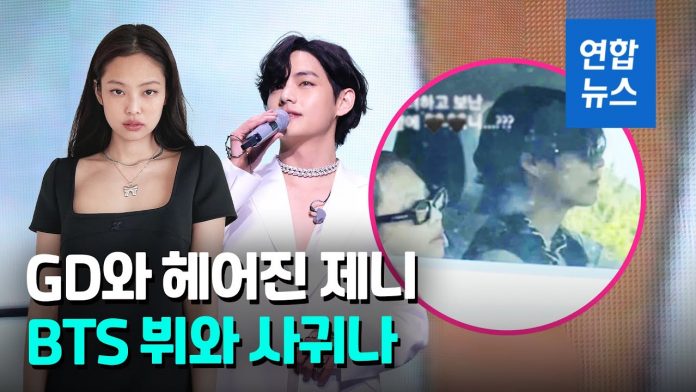 The dating rumors between BTS V and Blackpink’s Jennie are becoming a fact as the agency kept silent and additional evidence was presented.

As additional evidence was pouring in regarding the dating allegations of BTS member V and Blackpink member Jennie, both agencies kept silent, and fans accepted this as the truth.

A photo of a man and a woman resembling V and Jenny’s features was shared, supporting their dating rumors. The fact that the sunglasses worn by this woman are products of a brand model that Jennie is working as a model and certified to wear also supported these suspicions. As the agencies of both sides did not reveal a separate position regarding the dating rumors, additional evidence continued to be presented, and it seems that their dating rumors are becoming a ‘established fact’.

The fact that V and Jennie visited a well-known editorial shop with a gap of about 4 months to authenticate was also raised as evidence to support their dating rumors.

Lee Jin-ho said, “It’s like V and Jennie visited the same place and took a picture.” He said, “This place is not well known to outsiders as it is a clothing select shop, not a tourist attraction.”

It raises suspicions that Jennie authenticated the place V visited earlier with a gap of about 4 months. Fans even issued a statement, acknowledging the dating rumors of V and Jennie and taking a stand to support them.