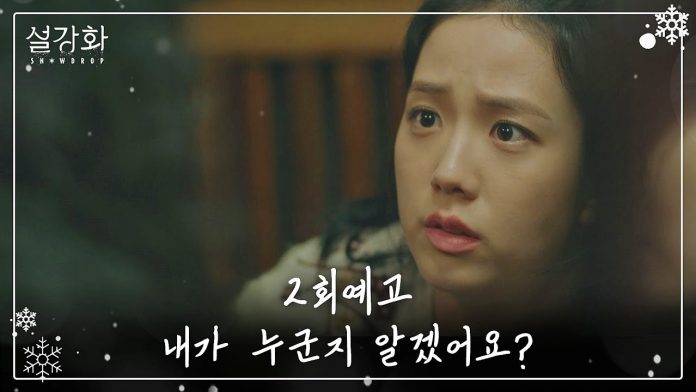 Jisoo appeared as Eun Youngro, a freshman in English department at Hosu Women’s University, in the drama ‘Snowdrop’ (written by Yoo Hyeon-mi, directed by Jo Hyun-tak), which aired for the first time on the 18th.

Jisoo, who became an innocent, cheerful and lively college student, was completely immersed in the character of Jisoo’s Youngro, from sprinting to answer a phone call to the dormitory, to singing with a spoon microphone to the song playing on the radio.

Youngro, who first met Lim Su-ho (Jung Hae-in) at Bangting(meeting between room members), accidentally bumped into Su-ho while trying to prevent the matchstick tower from collapsing.

Youngro, who shyly avoided Suho’s gaze when he touched him, later reunited with him at a record store.

The drama ‘Snowdrop’, which will showcase a political conspiracy and espionage warfare against the backdrop of the 1987 presidential election, and a romance that blooms in the midst of it, airs every Saturday and Sunday at 10:30 pm on JTBC.