BTS is nominated for British ‘Brit Awards’. Competing with ABBA in the ‘International Group of the Year’ category 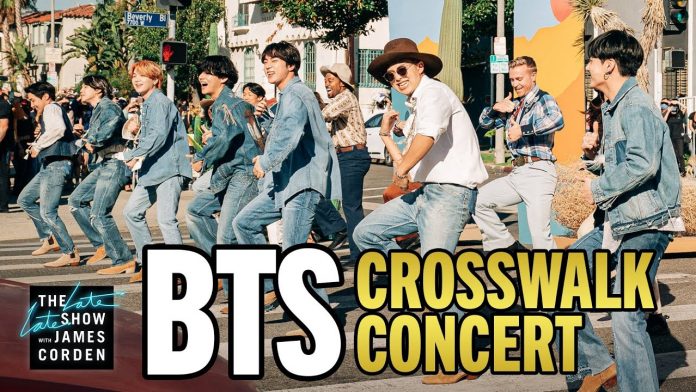 The British pop music awards ceremony, the Brit Awards, nominated BTS for ‘the nominees for BRITs 2022 International Group of the Year are’. BTS is competing for the trophy with ABBA, thisismaneskin, silksonic, and TheWarOnDrugs.

On the other hand, BTS appeared at the ‘James Corden Show’ studio on the 23rd of last month and performed an interview with James Corden and a stage for ‘Permission to Dance’.

According to the setting of a surprise performance at the crosswalk, BTS and James Corden captivated viewers with their comical performances.