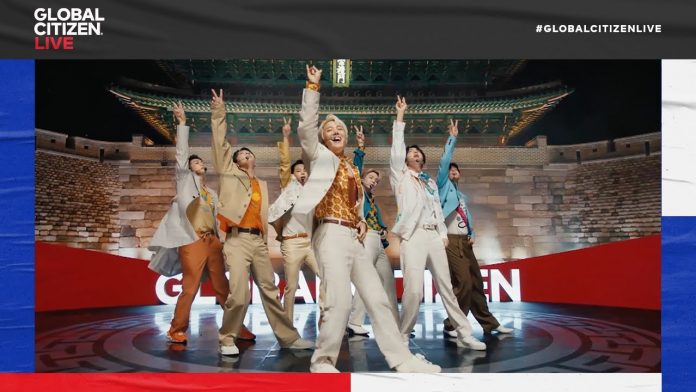 BTS has once again introduced the beauty of Korea to the world with good influence. On the 26th, Global Citizen, an international anti-poverty social movement group, held a large-scale live event called ‘Global Citizen Live’. The ‘Permission to Dance’ performance, set against the backdrop of the National Treasure Sungnyemun, was a stage where the beauty of traditional Korean architecture and liveliness of live music stood out. The stage set was made in a circular shape to convey the beauty of Sungnyemun to the world, and traditional Korean patterns were also used in the stage structure and floor design.
From the beginning to the end of the performance, BTS raised the heat of ‘Global Citizen Live’ with a bright expression and lively appearance. ‘Global Citizen Live’ is a different version of the 24-hour live broadcast, and will be broadcast on the US ABC channel at 8:00 am (Korean time) on the 27th.