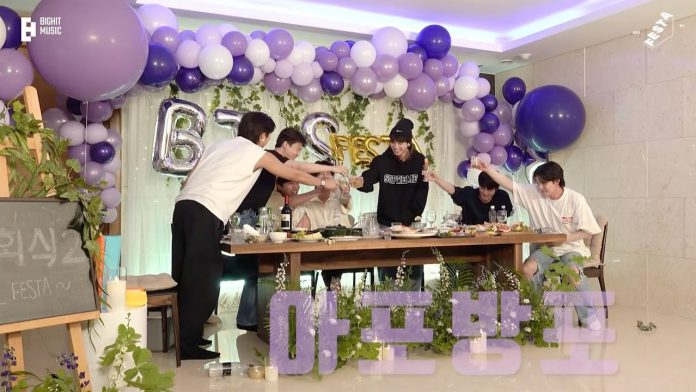 BTS RM said, “I don’t know what kind of team we are now. It is important to write lyrics as well as to say something and send a message, but I feel like that has disappeared.” RM said, “It’s like K-pop and the idol system itself doesn’t allow people to mature. I need to think a lot, spend time alone, and finally be mature, but after 10 years of doing this, I can’t mature because of the physical schedule.  I’ve been thinking about a break since last year, and I still want to show a good side by choreography when I think of the fans, but I’ve lost direction and want to stop and think and come back.”

RM said, “The thing I still want to protect is that we can truly stand on stage together and do something happily together. I thought that if I want to be a BTS member for a long time, I have to remain as myself. Because I’m not BTS, I’m a part of BTS. I don’t know how long we’ll be able to do it, but I hope I can stay as RM of BTS for a long, long time.”