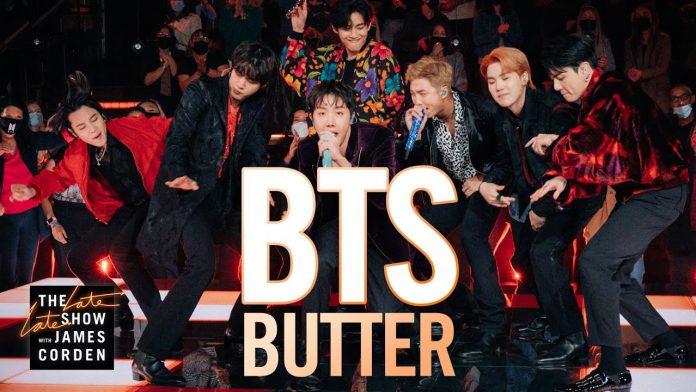 BTS received a ‘Platinum’ certification from the Japan Record Association with their digital single ‘Butter’.

BTS previously received ‘Platinum’ and ‘Gold’ certifications in the download category for ‘Dynamite’ and ‘Permission to Dance’ in February and September, respectively.

In July, BTS received the Japan Record Association ‘Platinum’ certification in the album category with the single CD ‘Butter’, which exceeded 250,000 copies in cumulative shipment, and the best Japanese album ‘BTS, THE BEST’, which surpassed 1 million cumulative shipments, which has been certified as ‘million’.

In the streaming sector as well as the album sector, BTS acquired the Japan Record Association’s ‘Platinum’ certification with the title song ‘DNA’ of ‘LOVE YOURSELF 承 ‘Her’ released in September 2017 and ‘Permission to Dance’, which surpassed 100 million times.