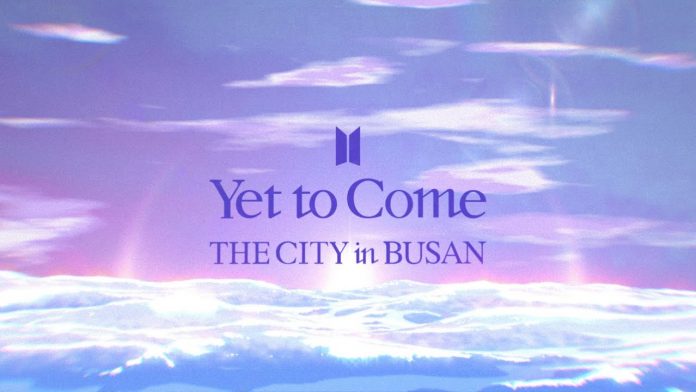 ‘The City’ project, where HYBE will fill the entire city with concert fever, on October 15th, for the ‘BTS ‘Yet To Come’ in BUSAN’, a concert to pray for the bid for the 2030 Busan World Expo, is open.

The project ‘The City’ is an urban concert play park that provides an expanded fan experience by opening various entertainment and events throughout the city before and after the concert.

HYBE conducted the ‘The City’ project for the first time in commemoration of the BTS concert held in Las Vegas, USA in April, transforming the entire city into BTS and spreading the heat of the performance throughout the city.

In addition, a multimedia show with lasers and fireworks is held every night with BTS music as the background, and a special limited menu with a purple theme is presented in the food and beverage sales space.

On the night of the 15th and the next day on the 16th, after-party is held outdoors so that you can enjoy the heat of the performance as it is.

Theme package operation Hotels operate a BTS photo zone in the hotel along with collaboration souvenirs and prepare various benefits such as developing and providing special food and beverages themed for BTS, providing pleasure to be with.

On October 15, when the performance takes place, a live play where you can enjoy the performance in real time with a sense of realism on a large screen outdoors will be held at the outdoor parking lot of Busan International Passenger Terminal and a special stage at Haeundae, filling the whole area of Busan with the enthusiasm of the concert.