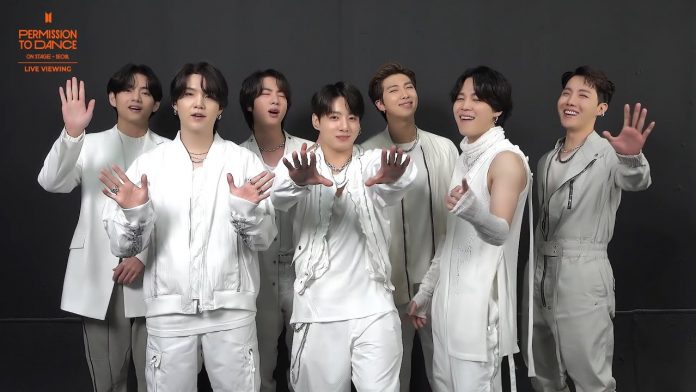 BTS’ concert ‘BTS Permission to Dance on Stage – Seoul’ was held at the main stadium of Jamsil Sports Complex in Songpa-gu, Seoul for a total of 3 days on the 10th and 12th-13th.

A total of 2465,000 people, including online and offline, was counted saw the BTS performance at the main stadium of Jamsil Sports Complex in Seoul for three days on the 10th, 12th and 13th.

According to the agency HYBE on the 14th, the audience who watched the ‘BTS PERMISSION TO DANCE ON STAGE – SEOUL’ concert was 45,000 people who entered the venue, 1.02 million people streamed online on the 10th and 13th, and the world theater live viewing was surveyed by 1.4 million people.

At this concert, BTS installed a large LED on the front of the stage so that fans can feel the energy of the concert hall in every corner.