‘Comeback on the 22nd’ TEMPEST, new album ‘On and On’ highlight medley released 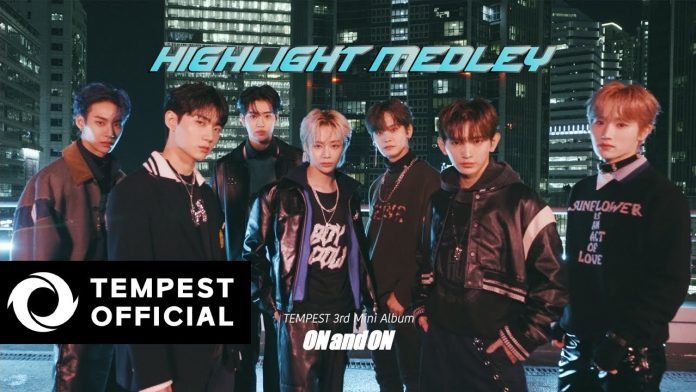 The group TEMPEST announced a new album with a variety of charms.

TEMPEST (Hanbin, Hyungseop, Hyuk, Eunchan, Lew, Hwarang, Taerae) released a highlight medley video of their third mini-album ‘ON and ON’ on official social media on the afternoon of the 17th.

In the video, starting with the first track ‘Taste The Feeling’, ‘Dragon’, ‘Loving Number’, and ‘Raise Me Up’ are all included.  Some of the sound sources of the four songs were released.

In particular, members Hwarang and Lew participated in writing the lyrics for the title song ‘Dragon’ and the b-side song ‘Loving Number’, and Hwarang was also named in the credits of ‘Raise Me Up’, raising expectations.