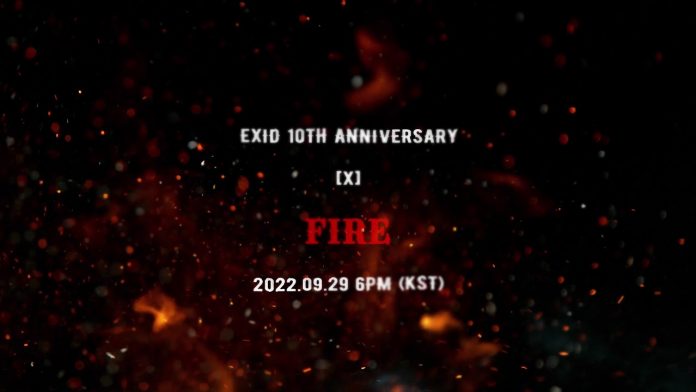 The group EXID has released a teaser video for the new song ‘Fire’.

In the video, EXID foreshadowed the heat befitting its title with energetic dance and atmosphere.

EXID released the tracklist of the album on the 14th.

EXID will continue to present content for fans until September 29, when the album is officially released.

Concept photos of each member will be released sequentially, followed by the second music video teaser.

After the release, the dance performance video of ‘Fire’ and the clip video of ‘Behind the Scene’ will be released.