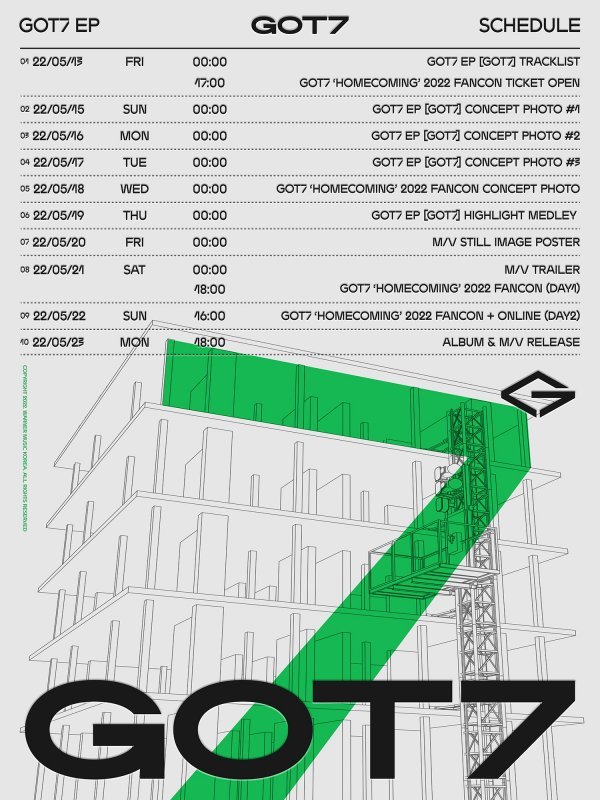 Group GOT7 (Moon Sua, Suhyeon, Haram, Tsuki, Sheon, Siyoon, Haruna) posted the comeback scheduler image of the new mini-album ‘GOT7’, which is about to be released on the 23rd, through the official social media at 0:00 on the 12th (KST).

According to the scheduler, starting with the track list of the new album ‘GOT7’, concept photos, highlight medley, title posters, music video trailers, etc. will be released sequentially.

The new album ‘GOT7’ is an album that contains the sincerity of GOT7 in order not to forget who they are, for those who have waited, and for everyone who is with them.

GOT7’s new mini-album ‘GOT7’ will be released on various music sites at 6 pm on the 23rd.