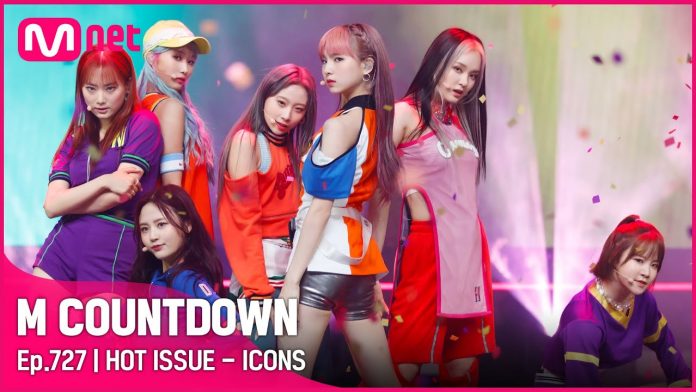 Hot Issue’s first single album ‘ICONS’ entered the upper middle of the real-time sound source charts in Korea including Bugs, as of 7 pm on the 29th (Korean time), right after the album’s release.

Hot Issue that first entered the music charts at #60 on the Bugs chart recorded #45 at 9:45 pm on the same day, showing an upward trend, raising expectations for a long run on the chart. The reaction of domestic and foreign fans to the music video is also hot.

Hot Issue, which showed infinite potential as an ‘issue maker’ through their debut album, is expanding its position as an ‘Icon of the MZ generation’ by expressing their own candid and dignified charm through ‘ICONS’.