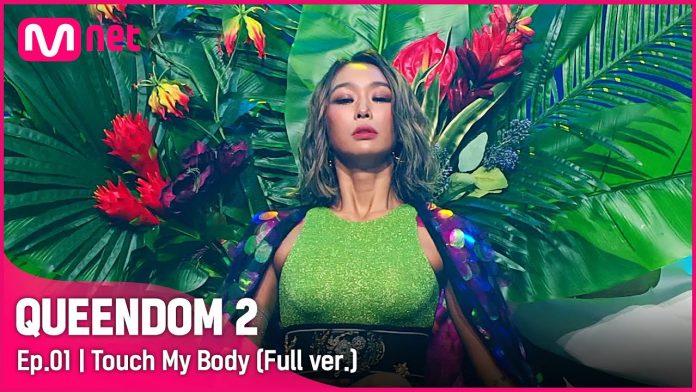 Hyolyn, who showed a strong stage at the pre-released opening show, expressed her determination, “I want to show it through the stage rather than the words, the best stage created by the solo artist Hyolyn.”

She said, “I feel the pressure of having to fill the stage by myself in a place where I can feel pressure. However, when the goal to achieve is clear, people have the energy to run faster, so I think competition is more attractive.”

, who chose the second without hesitation in determining the order of the contest, sang SISTAR’s ‘Touch My Body’ in the first contest, saying, “I hope it’s a stage that not only satisfies me, but also the audience.” Hyolyn not only perfectly digested ‘Touch My Body’ as a solo, not a group, but also finished the stage to the end even with the heels off.

Hyolyn showed off her strong vocal skills with a cool and charming voice, and even completed a performance to announce summer, filling the stage by herself.