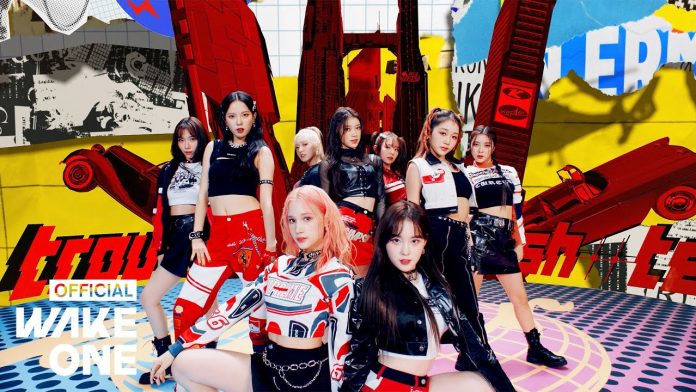 Kepler (Choi Yujin, Shen Xiaoting, Sakamoto Mashiro, Kim Chaehyun, Kim Dayeon, Ezaki Hikaru, Huening Bahiyyih, Seo Youngeun, Kang Yeseo) made a comeback on the 13th of last month after about four months. As it is the first album to be released after successful Japanese activities, the 3rd mini album ‘TROUBLESHOOTER’ has been unveiled amidst many K-pop fans’ expectations.

According to the Circle Album Chart, the third mini-album ‘Trouble Shooter’ recorded cumulative sales of about 260,000 copies as of the end of October. The title song of their 3rd mini album, ‘We Fresh’, ranked 531th in the Melon Top 100 real-time chart, the largest music site in Korea.

This is 283 steps lower than the 248th place recorded by the second mini album title song ‘Up!’

With these vague answers from the two agencies, the dating rumors of Kim Dayeon and Won gained more momentum.