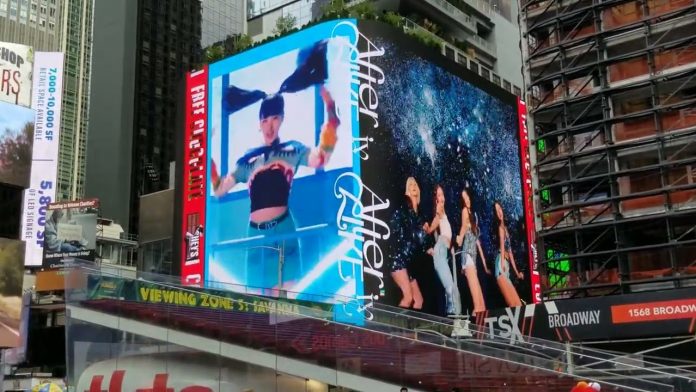 An advertisement for the group IVE appeared on a billboard in Times Square in the United States, showing off the aspect of a ‘fourth generation representative group’.

The global K-pop fandom platform ‘Whosfan’ announced on the 1st, “Advertisements to commemorate IVE’s comeback with the 3rd single album ‘After LIKE’ will be on a large billboard in Times Square, New York from August 29 to September 4.”

This advertisement contains a concept photo and a music video video of the ‘After LIKE’ album.

The title song ‘After LIKE’ is a song that combines a sophisticated deep house-based rhythm with classic and unique hooks, ray, and autumn’s powerful rap.

Meanwhile, IVE released ‘After LIKE’ and continues to be active through various activities.