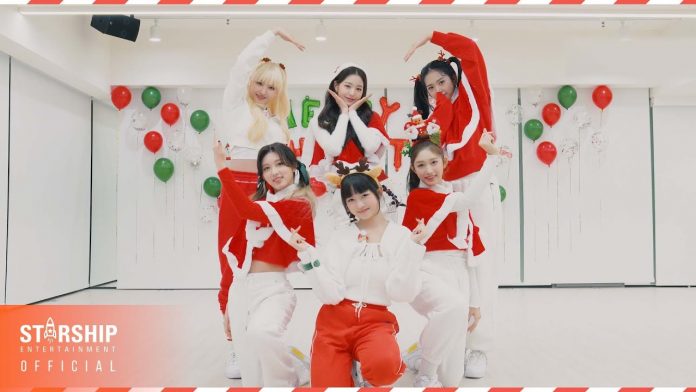 The 6-member rookie group IVE has released a surprise video for fans.

IVE (Gaeul, Yujin, Rei, Wonyoung, Liz, Leeseo) released a choreography video for the Christmas version of their debut title ‘ELEVEN’ through the official YouTube channel on the 25th.

In the released video, I’ve members appeared in costumes with a Christmas concept. IVE, along with Liz who turned into a cute snowman although it was a penalty, released a different charm from the stage in the Christmas version of ‘ELEVEN’.

In an atmosphere full of heat, each member burst into laughter while exuding professional choreography and stage manners, showing off their skills as a ‘monster rookie’.