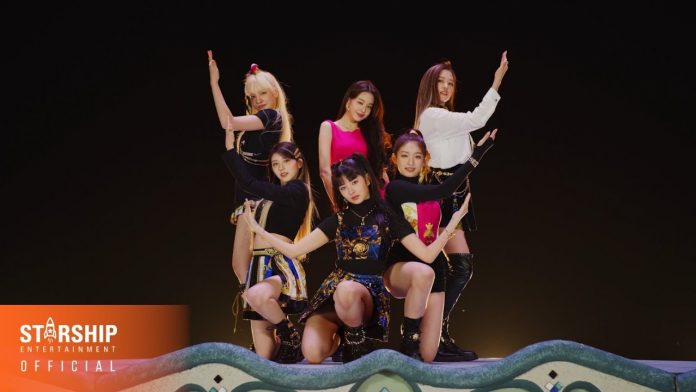 Through the agency Starship Entertainment, Ive said, “It’s really unfortunate that we can’t share this joy with the people of Dive (fan club name). In the future, we want to hold hands like this and be with the dive people.”

Ive, who finished the official activities of the debut album ‘Eleven’ with ‘Inkigayo’ broadcast on the 9th, showed activities that prove their aspirations as a complete group in addition to winning 8 music shows.

In addition, they not only ranked first with the highest Initial sales record among rookie groups that debuted in 2021, but also took third place on the Gaon album chart in December, making it hard to believe that they are a rookie.

January 16, 2022
Share
Facebook
Twitter
Pinterest
WhatsApp
LINE
Previous articleKep1er sets a new record for No. 1 on terrestrial TV in 12 days of debut. Already competing for the Rookie of the Year with IVE?
Next articleENHYPEN, ‘Blessed-Cursed’ choreography practice revealed… A different attraction