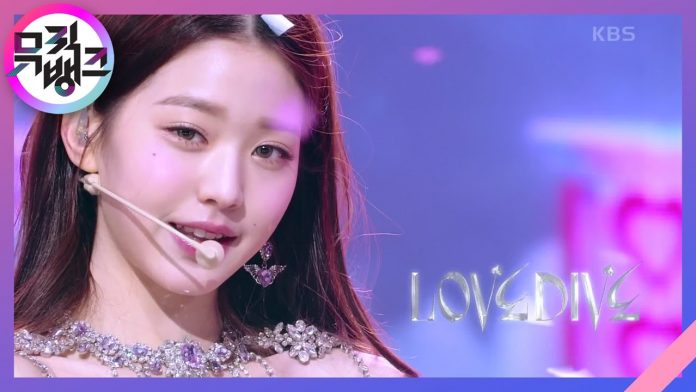 IVE, the ‘4th generation representative group’, proved to be a complete girl group and won 6 awards on music shows.

With the addition of the 1st place trophy on this day, IVE climbed to six trophies on ‘LOVE DIVE’.

‘Music Bank’ MC Wonyoung Jang received the trophy on behalf of the members and said, “Thank you so much. ‘LOVE DIVE’ activities are coming to an end, but we ask for a lot of love until the end.”

At the same time as the release of ‘LOVE DIVE’, IVE entered the top real-time charts on major music sites such as Bugs, Genie, and Melon, and was also listed on overseas charts such as Billboard, Spotify, YouTube Music, Apple Music, Line Music, and QQ Music.

IVE, who showed their presence as a ‘4th generation representative group’ by running 6 awards on music shows, plans to continue her activities through various broadcasts and contents.