‘JYP rookie’ Xdinary Heroes, decorated for the first week of their debut… 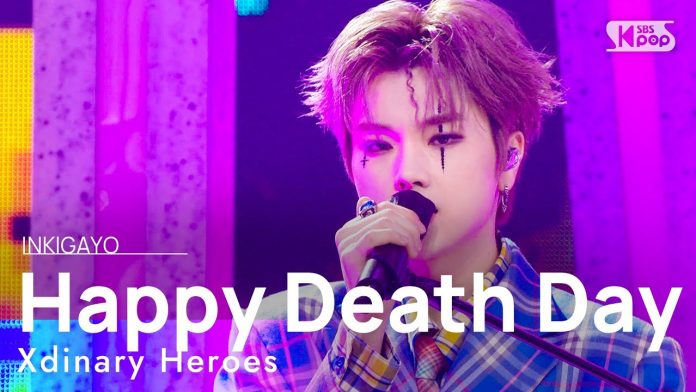 JYP Entertainment rookie Xdinary Heroes (XH) expressed their impressions of appearing on their first music show since their debut. Xdinary Heroes debuted on December 6, 2021 with the release of their first digital single ‘Happy Death Day’ and the title track of the same name.

They started with KBS 2TV’s ‘Music Bank’ on the 10th and MBC’s ‘Show! Music Core’ and SBS ‘Inkigayo’ on the 12th and held a music broadcast debut.

Leader Gun-il said, “It was like a dream to stand on a great stage, and we will show you a better image in the future.”  Jungsu said, “We did our best to show you how we prepared and practiced hard during that time, and we hope you will enjoy it.”

Jun Han said, “I’m nervous, but I’m glad I can show you a good side. Also, it’s an honor to start ‘Happy Death Day’ activities on a wonderful stage,” and Jooyeon said, “Thanks for the help of many people, I think we were able to have the good first week of our debut because of their help. We will become Xdinary Heroes who show a good side to everyone who supports us.”

Xdinary Heroes aired from MBC FM4U ‘Hyosung Jeon’s Dreaming Radio’ on the 7th to Naver NOW on the 9th.

Xdinary Heroes’ debut song ‘Happy Death Day’ is a song that expresses the cold truth faced by the happiest and most celebrated day with strong band sound and straightforward lyrics.

JYP’s new boy band, Xdinary Heroes, debuted about 6 years and 3 months after DAY6, is led by drummer and leader Gun-il from Berkeley College of Music, and consisted of a total of 6 including keyboardist Jungsu and O.de, guitarists Gaon and Jun Han, and bassist Jooyeon.

December 13, 2021
Share
Facebook
Twitter
Pinterest
WhatsApp
LINE
Previous articleEXO’s appearance on Tencent Awards Ceremony got canceled… Chinese fans outraged over false advertising by the organizers
Next articleIVE Yujin, such a lovely Santa.. A fairy beauty with a charm like a Christmas present