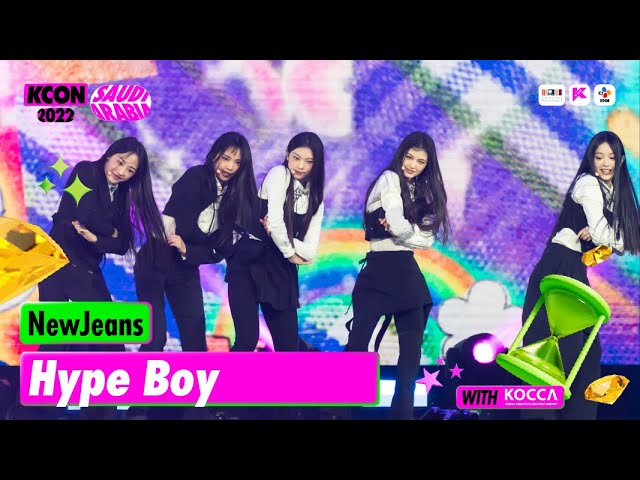 The K-Culture Festival ‘KCON 2022 Saudi Arabia’, which CJ ENM held in Riyadh, the capital of Saudi Arabia, on the 30th and 1st of last month, ended successfully with the enthusiastic response of about 20,000 fans who gathered at the site.

It is the second in the Middle East after ‘KCON 2016 Abu Dhabi’ held in the United Arab Emirates (UAE) in 2016. This KCON is the first result of the MOU signed with CJ ENM and the Saudi Arabian Ministry of Culture in June to promote cultural exchange.

In this two-day event, more than 20,000 K-pop fans from not only Saudi Arabia but also the UAE, Egypt, and Kuwait filled the venue, and the performances were broadcast live on TV, KCON YouTube channel, and Mnet K-pop channels. 8.2 million fans from 213 countries around the world flocked to the K-Pop festival that resounded in the night sky of Saudi Arabia.

This KCON drew attention for its show lineup that global K-pop fans are passionate about.

On the first day, the 9-member boy group Pentagon opened a spectacular curtain with the rock version of KCON’s signature song ‘Poppia’.

Afterwards, Sunmi presented a charming stage with ‘Fever’, ‘Purple Night’, and ‘Gashina’, and Rain that appeared afterwards drew an explosive response with ‘Gang’, ‘Song to Hold You’, and ’30 SEXY’. He raised the festival’s enthusiasm to the highest level.

‘KCON 2022 Saudi Arabia’ was held in Riyadh, the capital of Saudi Arabia, on the 30th and 1st of last month.

On the second day, Hyolyn dominated the stage with an intense performance and opened the door.

TO1 and ONEUS sang the OST of the K-drama ‘Twenty-five Twenty One’ through a joint stage to sniper the emotions of Saudi Arabian fans. TO1 leader Jaeyoon said, “It is heartbreaking to know that K-content such as K-pop and K-drama can bring everyone together beyond race and borders. It was an honor to be able to participate in the first KCON in Saudi Arabia,” sharing his feelings about being on stage.