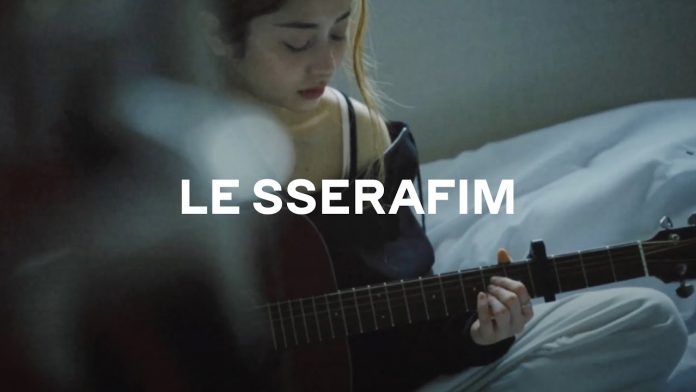 “It’s like a real dream.” along with the caption, “Raise y_our glass”, a self-composed song by Huh Yunjin, was released. The song was delivered to fans at 8:08 pm on the 100th day of debut to commemorate the 8th of August, when Le Sserafim’s official fandom name ‘FEARNOT’ was announced.

Despite the long journey leading up to her debut as Le Sserafim and the many realities she faced after her debut, Yunjin Huh said that she finally realized that the word she wanted to say the most was ‘thank you’ and started working on music. Then, Yun-Jin Huh introduced “a song that tells a story for me, for you, and for us,” and chose ‘honesty’ as the point of appreciation.

Fans who heard Yunjin Huh’s gift showed reactions such as “The song is a song, but the lyrics are touching”, “The song is so good”, “Yunjin Huh is a genius”, “This is a music video that contains all of Le Sserafim’s youth”.