Le Sserafim topped the US Billboard chart for 4 weeks in a row. 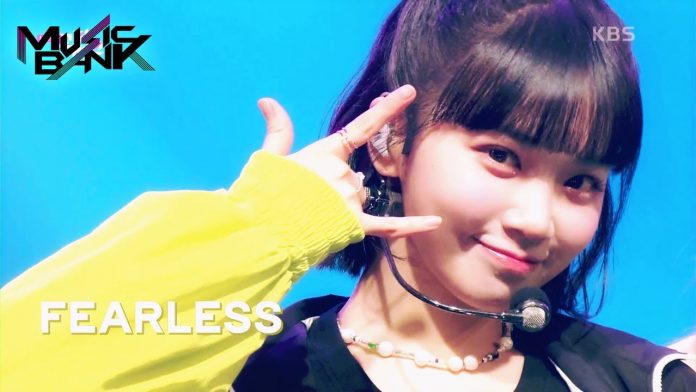 Le Sserafim’s debut song ‘FEARLESS’ has been on the US Billboard chart for 4 weeks in a row.

Le Sserafim debuted on the chart released on the 10th of last month (May 14th) for the first time, and entered the Billboard chart 8 days after debut.

Le Sserafim is demonstrating its status as a global group, recording close to 5 million monthly listeners on Spotify, the world’s largest music streaming company, as of noon on the 2nd (KST).

The debut song ‘FEARLESS’, released on the 2nd of last month, ranked 10th on the Melon Daily ‘Top 100’ chart on May 29th, and wrote the highest score among the debut songs of a girl group released this year.

On the other hand, with their debut song ‘FEARLESS’, Le Sserafim won 4 trophies on music shows by lifting trophies in SBS MTV ‘The Show’ (2 weeks in a row), KBS2 ‘Music Bank’, and MBC M ‘Show Champion’.