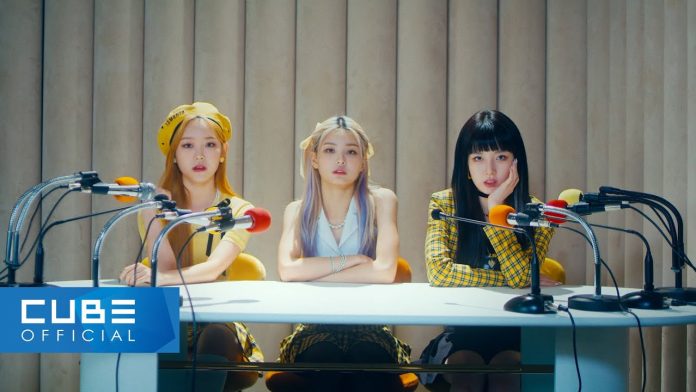 Cube Entertainment released an audio snippet of LIGHTSUM’s first mini-album ‘Into The Light’ through the LIGHTSUM official social media channel at 0:00 on the 20th (KST).

From the title song ‘ALIVE’ to ‘i’, ‘GOOD NEWS’, ‘Q’, and ‘Bye Bye Love’, a total of 5 songs are included, raising expectations for the official soundtrack.

The title song ‘ALIVE’ is an impressive song with lyrics that melt the process of changing the colorless world to lively with the intense sound from the intro in LIGHTSUM’s candid and lovely way.

On the other hand, LIGHTSUM’s first mini album ‘Into The Light’ will be released through various online music sites at 6 pm on the 24th.