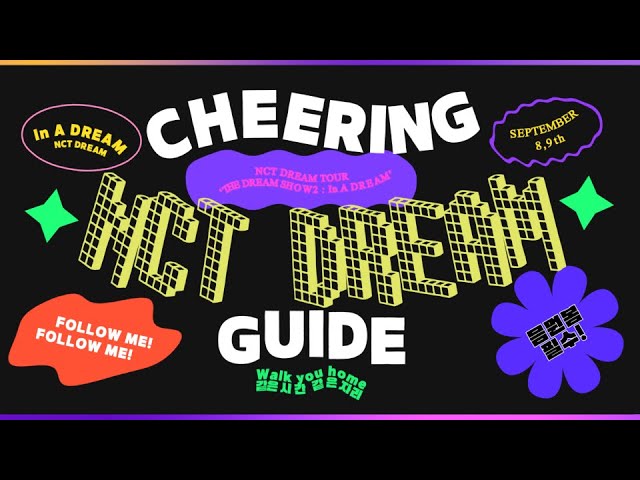 The group NCT Dream, who went on the stage as a whole, and 30,000 Czennies (fan club name), who filled the spacious concert hall, produced a stage where they became one.

As if celebrating NCT Dream’s first entry into the Olympic Stadium, the dream-like moment of seeing, hearing, and feeling their music and performances unfolded for three hours.

NCT Dream’s second solo concert ‘The Dream Show 2 – In a Dream’ opened a splendid opening at the Jamsil Olympic Stadium in Seoul on the 8th.

This performance is the first solo concert held by NCT Dream at Jamsil Main Stadium, the largest concert hall in Korea, and the first face-to-face concert in about 2 years and 10 months.

NCT DREAM, which caught the eye with a synchronized dance move in which the seven members move as one body, choreographed at times intensely and at other times leisurely for 30,000 spectators.

The audience also enthusiastically responded to NCT Dream’s stage by moving their bodies and imitating the choreography of ‘buffering’.

NCT Dream said, “We still can’t believe that we entered the Olympic stadium” and “We wanted to see the concert hall full of Czennies’ light sticks. Thank you to Czennies who made this scene possible.”

NCT DREAM, who went on stage again, performed a parade of hit songs such as ‘Beatbox’, ‘Taste’, ‘Hello Future’, ‘We Go Up’, and ‘Chewing Gum’.

In addition, colorful firecrackers, lights, and laser effects embroidered the night sky were added to maximize the charm of the outdoor performance.

Tak Young-joon, CEO of SM Entertainment, said, “It is very emotional for NCT Dream to be able to hold a solo performance at Jamsil Main Stadium, the largest in Korea.” He continued, “I think that holding the second solo concert on a scale that is five times larger than the first solo concert is a very remarkable growth.”

NCT Dream will continue touring in major cities around the world after finishing the Seoul performance.