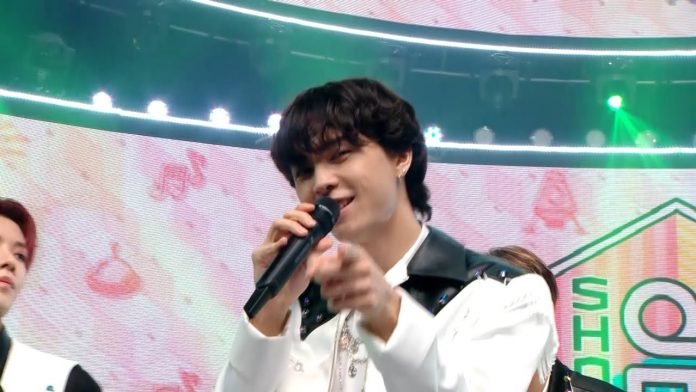 In the 740th episode of ‘Music Core’, Red Velvet’s ‘Queendom’, NCT127’s ‘Sticker’, and Lee Moo-jin’s ‘Fall in Fall’ were nominated as candidates for the first place in the first week of October, while NCT127 became a winner.

On this day’s broadcast, Key’s comeback stage as a solo singer was decorated. In addition to the title song ‘BAD LOVE’, Key decorated the intro with the b-side song ‘Saturday Night’ and said, “It is a song that can be more exciting if you listen to it on Saturday.” He introduced two songs with different charms one after another, heating up the stage.

Ciipher showed a more mature image with the stage of the new song ‘BLIND’. Ciipher, who appeared in a wine-colored costume, filled the stage with intense energy.

Hot Issue, which finished their hot debut in April, also staged their first comeback stage after their debut.

AB6IX, which released the new song ‘CHERRY’ on the 27th of last month, conducted an interview before releasing the comeback stage. After that, AB6IX showed off the ‘human cherry’ aspect through the ‘Cherry’ comeback stage. AB6IX’s unique color was revealed by completing the stage where the excitement exploded with its sweet charm.

In particular, on this day’s ‘Music Core’, the special stage of the 3rd grade cast members of MBC’s new audition program ‘After School Excitement’, which is scheduled to be broadcast in November, was held. In an interview conducted before the stage, the 3rd grade members said, “Our 3rd graders are friends with different existences. The 3rd grade members, who went on stage with ‘Same Same Different’, the signal song of ‘After School Excitement’, imprinted their presence on prospective viewers with a synchronized dance move performance armed with power.

Check your favorite artist on Kbopping