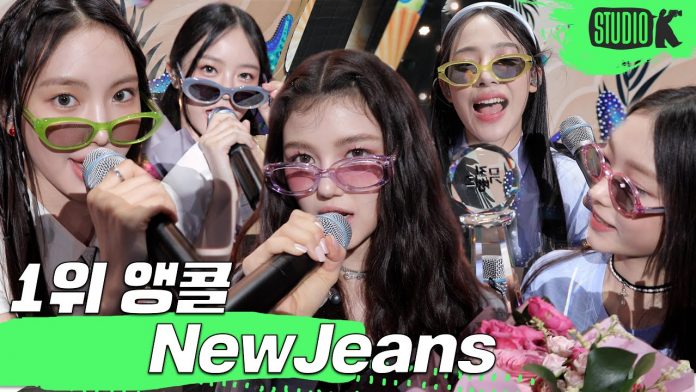 In the KBS 2TV music program ‘Music Bank’ broadcast on the afternoon of the 19th, NewJeans took the first place in the 3rd week of August 2022 with ‘Attention’.

On this day’s ‘Music Bank’, No. 1 candidates for ‘Attention’ by NewJeans and ‘Forever1′ by Girls’ Generation were nominated.

NewJeans is a rookie girl group that recently debuted, and Girls’ Generation is a senior girl group that celebrated their 15th anniversary this year, and expectations are high for the competition between new and old girl groups for the first place.

The members worked very hard, and our members’ parents are also very grateful. The members of NewJeans are receiving a lot of love for their unique innocence, cheerful charm, and refreshing song atmosphere.

NewJeans also performed the stages of ‘Hurt’ and ‘Hype boy’ at ‘Music Bank’ that day.

Just a day ago, on Mnet’s music program ‘M Countdown’, NewJeans took first place. NewJeans, which is attracting attention as ‘Min Hee-jin’s girl group’, is also taking first place on ‘Music Bank’ and seems to be sweeping music broadcasts. Celebrating the 15th anniversary of their debut, Girls’ Generation’s 7th regular album title song ‘Forever One’ is a dance song with a dramatic development and pop melody.