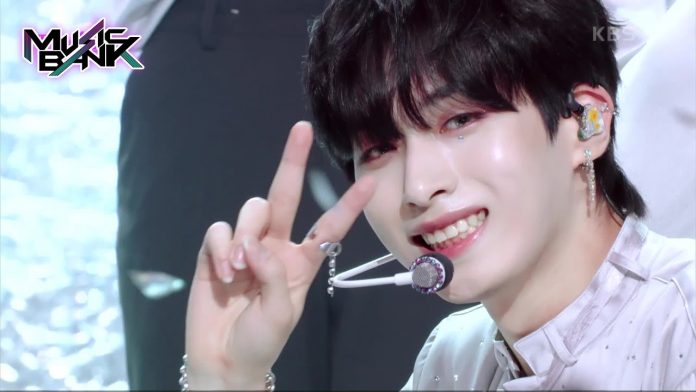 On this day, Oneus performed a comeback stage on ‘Music Bank’ with the title song ‘Same Scent’ and the b-side song ‘You in 1 in 10 million’.

With the stage of the title song ‘Same Scent’, the concept of ‘vaguely sexy’, which combines ONEUS’ sexy visuals with the faint emotional music, and a performance that took advantage of this, succeeded in capturing the hearts of K-pop fans around the world.

In addition, in the b-side song ‘You in 1 in 10 million’, ONEUS, who stood on stage in casual clothes that made use of each individual’s individuality, filled the stage with eyes, facial expressions, and emotional vocals in front of a standing microphone.

Oneus, who made a comeback with their 8th mini-album ‘MALUS’ on the 5th, proved their remarkable growth by achieving even results in albums, music sources, and music shows.

The title song ‘Same Scent’ topped the real-time music charts of major domestic music sites, and the b-side songs also showed their potential to rank at the top of the charts.

As such, attention is focused on what kind of record Oneus will set through this ‘Same Scent’ activity, which is growing with the strong momentum of a ‘4th generation representative performer’.

Meanwhile, ONEUS, who won three trophies on music shows for the first time since their debut, will continue their active activities with the new song ‘Same Scent’.