Oneus, the first stage of the new song ‘Bring it on’ at ‘Music Bank’ on the 20th 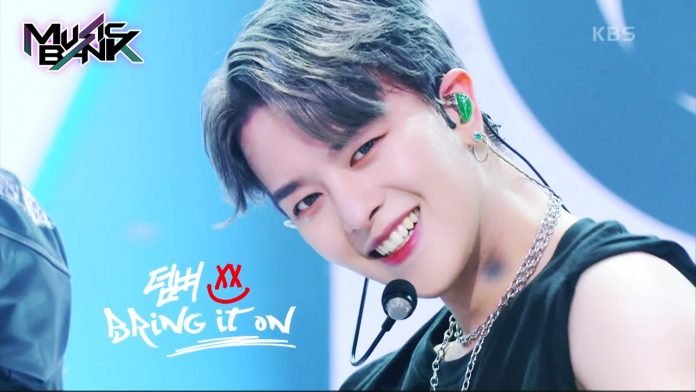 According to the agency RBW, Oneus (Ravn, Seoho, Leedo, Keonhee, Hwanwoong, Xion) appears on KBS2’s ‘Music Bank’, which is aired at 5 pm on the 20th (KST), to release their 7th mini-album TRICKSTER’s title song ‘Bring it on’ stage will be unveiled for the first time.

Previously, Oneus set an all-time record with the new mini-album ‘TRICKSTER’ and announced the smooth start of their activities.

At the same time as the comeback, fans are naturally paying attention to the stage of Oneus’ new song ‘Bring it on’, which has been receiving enthusiastic support from fans by breaking its own best record.

On the other hand, Oneus plans to continue active activities with the new song ‘Bring it on’, starting with KBS2’s ‘Music Bank’, which is aired on the 20th.

May 20, 2022
Share
Facebook
Twitter
Pinterest
WhatsApp
LINE
Previous articleAleXa “I arrived at 4 am today, I can’t believe I won ‘American Song Contest’”
Next articleKpop Social Media Trends on 05-18-2022: ONEUS’s ‘Bring It On’ and LIGHTSUM’s ‘ALIVE’