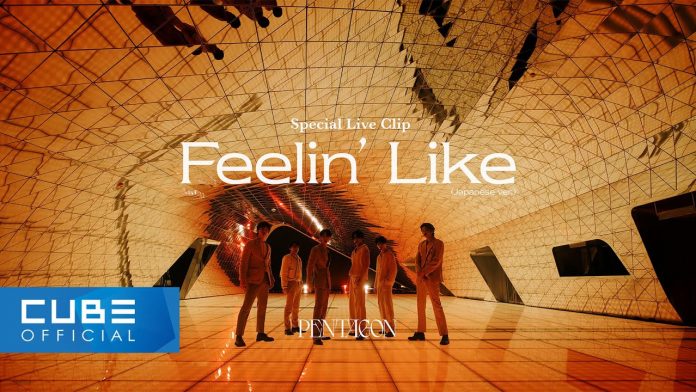 The Pentagon Japan offline concert ‘PENTAGON 2022 LIVE IN JAPAN~Feelin’ Like~’, which will be held for the first time in about three years, will be held at Tokyo Dome City Hall for three days from the 15th to the 17th.

This performance boasted a lot of enthusiasm even before the performance as tickets were opened and all seats were sold out the day before.

Pentagon’s 5th Japanese mini-album ‘Feelin’ Like’, released on the 14th, consists of a total of 5 tracks including ‘Mr. Wolf’,  the original Japanese song that Jinho and Kino worked together, and ‘Don’t’, perfectly sniping the tastes of global fans.