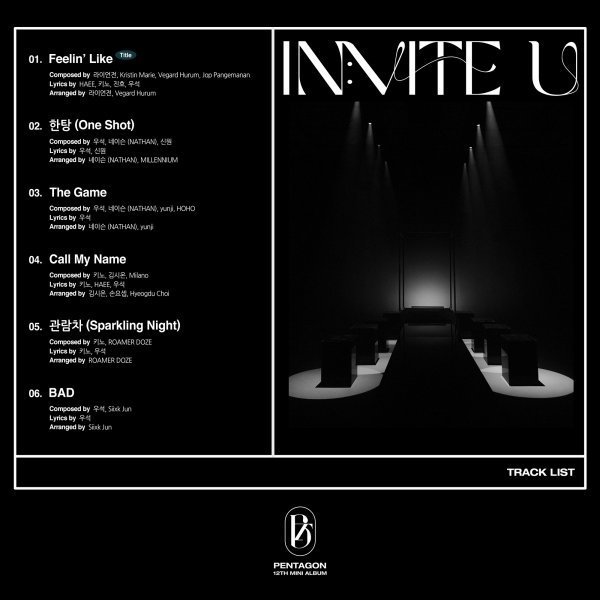 On the 30th, Pentagon released the tracklist image through the official social media, and according to the tracklist, including the title song ‘Feelin’ Like’, there is a total of 6 songs such as ‘One Shot’, ‘The Game’, ‘Call My Name’ ‘, ‘Sparkling Night’, and ‘BAD’.

Starting with the tracklist image released today, the fans are expected to continue their enthusiasm through colorful content that gives a preview of the new album, such as concept images and audio snippets.

Pentagon’s twelfth mini album ‘IN:VITE U’ will be released on January 24th at 6pm (KST).