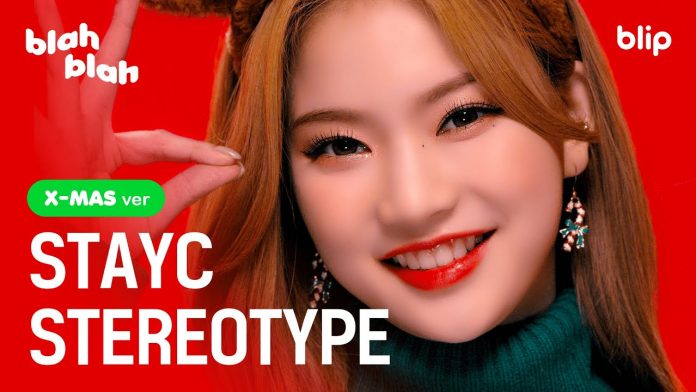 Recently, ‘Blip’ released a video of ‘Christmas with STAYC (Christmas Ver.)’ through the official YouTube channel.

‘blah blah’ is Blip’s new content that focuses on ‘close-up shots of faces’ of idols that fans like, and STAYC was selected as the first protagonist of the honor.

In the Christmas version video of ‘Stereotype’, announcing the start of ‘Bla Bla’, STAYC showed off their charms by transforming into a fresh and lively Santa, and each member’s individual charm points were perfectly revealed, catching the attention of fans.

In addition, STAYC finished the year meaningfully by appearing in ‘Blip Data Lab’, the original content of Blip, and pointing out the growth points of the year that they were not aware of, and included the ‘trowel’ picture posted on Blip by fans and TMI, etc.