PSY and BTS Suga, ‘That That’ MV Teaser Released 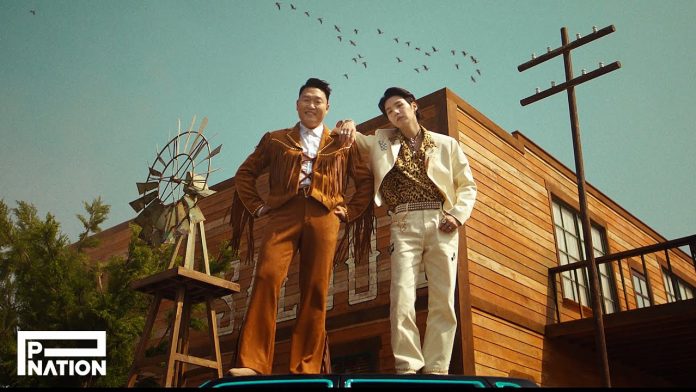 PSY and BTS’ Suga appear together in the music video of ‘That That’ to present a highly addictive performance.

In the music video teaser video, BTS’ Suga appeared along with PSY, showing off a style like the protagonist of a western movie. In particular, in the video, PSY and Suga enjoyed an exciting atmosphere with a lot of people and danced with excitement.

In another interview video, Suga said, “I communicated a lot with PSY.”

‘That That’ is a song that PSY and Suga co-produced and participated in writing, composing, and arranging. In PSY’s 9th full-length album ‘Psy9th’, including the title song ‘That That’, PSY’s ‘Ninetro’, ‘Celebrity’, ‘It’s Touching (feat. Seong Si-kyung)’, ‘It was a deep night (feat Heize)’, ‘Ganji (feat Jessie)’ , ‘Now (feat Hwasa)’, ‘Happy Year (feat Crush)’, ‘My Monday’, ‘Everyday’, ‘Forever (feat Tablo)’, and ‘Tomorrow’s Me’ with a total of 12 colorful tracks.

PSY will release his 9th full-length album ‘PSY 9th’ through various online music sites at 6 pm on the 29th, and on the same day at 9 pm on Naver NOW.