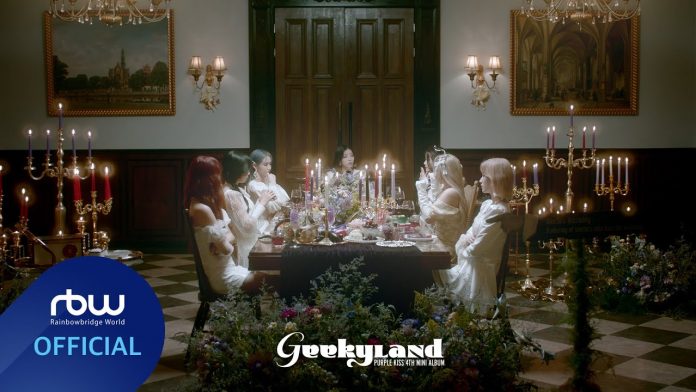 At 00:00 on the 8th, the management company RBW announced the release of the fourth mini-album ‘Geekyland’ through the official social media of Purple Kiss (Park Ji-eun, Na Go-eun, Dosie, Ireh, Yuki, Chaein, Swan).

A story film prologue video containing a worldview has been released.

In the released video, Purple Kiss gathered in a banquet hall with a mysterious atmosphere to hold a witch’s assembly.

Purple Kiss opened the opening with a prologue video that heralded a mysterious and original worldview, and immediately focused the attention of K-pop fans.

Purple Kiss announced a comeback on the 25th with the fourth mini album ‘Geekyland’ after 4 months. Purple Kiss, who created the original ‘Perky Witch’ worldview that enjoys entering people’s heads in the previous ‘memeM’, is expected to expand the worldview story through this new album ‘Geekyland’.

Purple Kiss will make a comeback with the fourth mini album ‘Geekyland’ at 6 pm on the 25th.