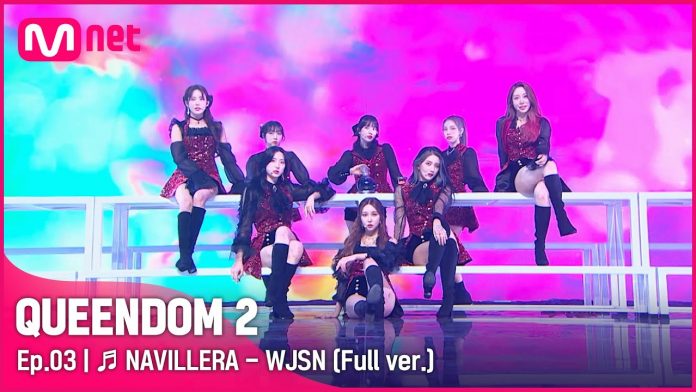 WJSN appeared on Mnet’s survival program ‘Queendom 2’, which aired on the 14th, and performed the second cover song contest.

As a result of the first contest, WJSN, who placed 2nd out of a total of 6 teams, chose Viviz as their second cover song contest.

After checking the final score of the 1st contest, WJSN made up their minds to “Let’s not make any mistakes in the 2nd time and rise to 1st place”.

WJSN practiced a stage that continued the story using a broken hourglass. “What opportunity might this be?” WJSN started the second stage of the contest, declaring their determination, “We will make sure that we come down the stage with no regrets or tears.”

After WJSN’s stage was over, Viviz said, “The opening performance was great” and “The song selection itself was fresh, and the direction of the arrangement was unexpected.”

In particular, Yeoreum said, “There were few opportunities to show a deep dance by only dancing the choreography to match the album. So I was very disappointed by myself, but I feel refreshed because I think I showed my presence as a main dancer through ‘Queendom 2’.”