SEVENTEEN released the official photos Op. 2 of the ‘Attacca’ 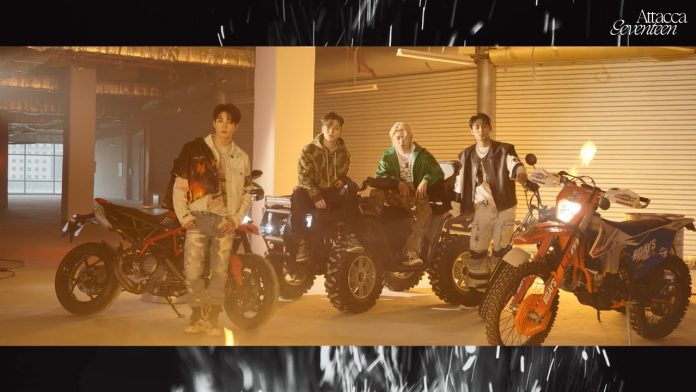 Pledis Entertainment, the agency of SEVENTEEN, released the official photos Op. 2 of the 9th mini album ‘Attacca’ on the 7th’s official SNS channel at 0 o’clock on the 7th (KST).

Through these official photos, they contain the charm of the hip-hop team, S.Coups, Wonwoo, Mingyu, and Vernon.

In the published photo, Wonwoo exuded unrivaled charisma with his sharp eyes, and Mingyu exuded a tough charm while leaning on the bike.

In particular, the Seventeen Hip-Hop Team presents a flamboyant charm with a flamboyant yet dynamic atmosphere that is contrary to the relaxed mood revealed through the official photos Op1.

Immediately after the release of the 9th mini album Official Photo Op.1, Seventeen took the top spot in the real-time trend of Twitter worldwide with an exhilarating visual and an all-time concept, raising expectations for the new album by receiving explosive reactions from fans.

On the other hand, SEVENTEEN will additionally release the official photos Op.2.

(You can find SEVENTEEN’s official photos Op.2 from the source link below.)