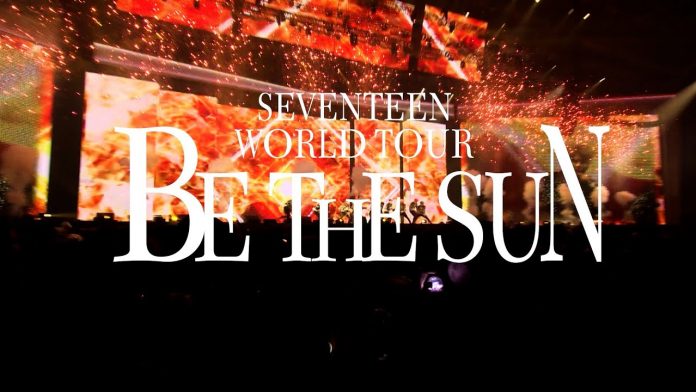 SEVENTEEN held their third world tour ‘Be the Sun’ Seoul concert at Gocheok Sky Dome on the 26th and said, “We met after two and a half years due to a pandemic.”

SEVENTEEN, who continued the three performances passionately, showed up shouting, “It’s been a long time, Carats.” Hoshi said, “It’s been two and a half years since we’ve performed in front of Carats because of the pandemic.” “It felt too long,” Dino said.

Wonwoo said, “I hope you enjoy and relieve stress as it’s a concert we’ve been preparing for after a long time.”

Vernon said, “Thank you for filling up the concert hall and I hope you enjoy it.”

The8 trembled, saying, “If I say something funny, shout it out.”

“The atmosphere is so good,” said Dino, “The long-awaited concert has come. Let’s enjoy it to the end once today,” and Woozi said, “Thank you for taking a long step today, and please give a lot of love to the concert we prepared hard for.”

DK said, “I will share a lot of good energy,” and Joshua said, “Thank you very much to Carats who came today. I hope you can release a lot of stress and have fun watching it.”

The stage device that symbolizes the ‘Sun’ representing the title song ‘Hot’ of the 4th full-length album and the performance name ‘Be the Sun’ raised the level of immersion in the performance.

Starting in Seoul, Seventeen will open their third world tour ‘Be the Sun’ in 20 cities.