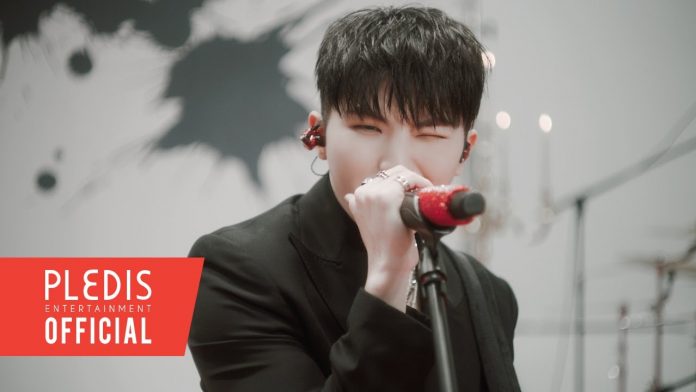 SEVENTEEN’s Woozi exuded a strong charm. Pledis Entertainment, the agency, released a special video for Woozi’s first solo mixtape ‘Ruby’ through Seventeen’s official YouTube and social media channels at 00:00 on the 7th (KST), and maximized the intense charm of ‘Ruby’ through a band live session.

In the released special video, Woozi slowly appeared in a clean black suit to match the classical string sound. Then, it was reversed with a strong guitar sound, and the live performance of ‘Ruby’ caught the eye at once.