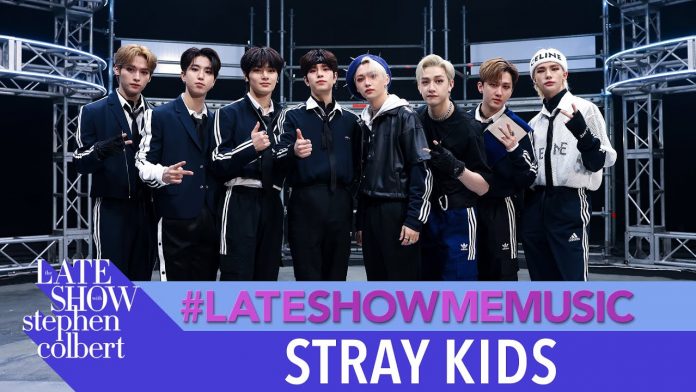 Stray Kids presents a new song stage on the popular late-night talk show ‘The Late show with Stephen Colbert’ in the US.

Stray Kids, who made a comeback after releasing a new mini-album ‘ODDINARY’, is on the YouTube channel of the popular CBS late-night talk show ‘The Late Show with Stephen Colbert’ at 10 pm on the 18th, EST.

Appearing on the channel’s series ‘LateShowMeMusic’, the title song ‘MANIAC’ stage was released and the global fever was heated.