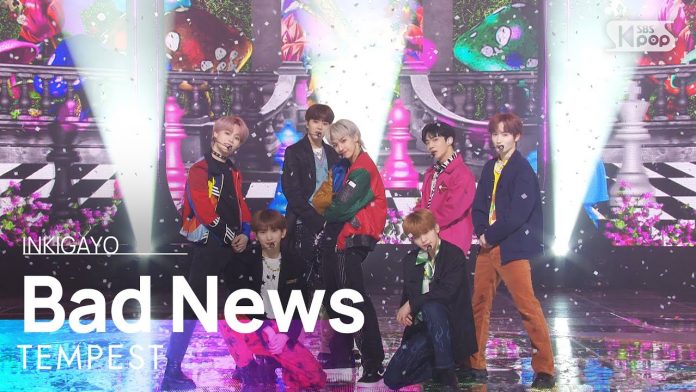 TEMPEST appeared on SBS ‘Inkigayo’ broadcast on the 13th and performed the title song ‘Bad News’ of the debut album ‘It’s ME, It’s WE’.

On this day, TEMPEST appeared with refreshing visuals and styling, performed a performance full of passion and enthusiasm, and made a mark as a ‘2022 music industry rookie’.

TEMPEST’s debut album ‘It’s ME, It’s WE’, which is attracting attention as a rookie in the music industry in 2022, is an album with infinite possibilities and potentials that the seven members will show as one.

The title song ‘Bad News’ is a song that paradoxically contains TEMPEST’s ambition and release schedule to conquer K-pop.