‘The Show’ TEMPEST, the rising trend of nominations for the first place in 6 days of debut 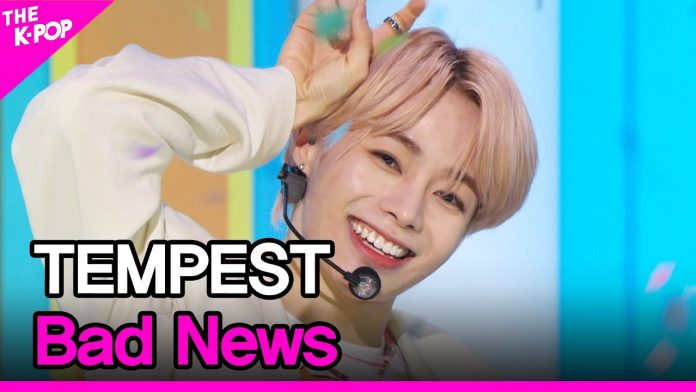 TEMPEST (Hanbin, Hyungseop, Hyuk, Eunchan, Lew, Hwarang, Taerae) appeared on SBS MTV ‘The Show’ broadcast on the afternoon of the 8th and performed the title track ‘Bad News’ and the b-side song ‘Just A Little Bit’ of their debut album ‘It’s ME, It’s WE’.

They presented colorful charms with ‘Bad News’ and ‘Just A Little Bit’, which are impressive with addictive and upbeat melodies.

First, through ‘Just A Little Bit’, the stage was presented with a mysterious yet dreamy and soft atmosphere. Hyungseop and Yeo-sang performed the ‘Bad News’ performance in a refreshing way and showed strong chemistry.

The debut album ‘It’s ME, It’s WE’ contains infinite possibilities and potentials that the seven members will show as one.

TEMPEST will continue to promote their debut album ‘It’s ME, It’s WE’ through various music shows and various contents.