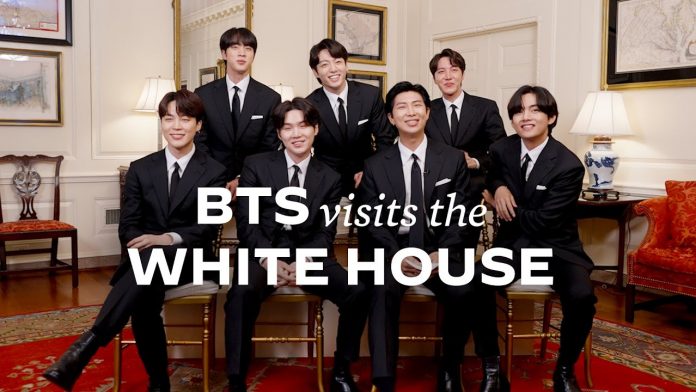 A video was released showing the group BTS having a conversation with US President Joe Biden at the White House recently.

In this video, BTS visited the White House and looked around, explaining their impressions and purpose of the visit to reporters in the briefing room, and chatting with President Biden in the Oval Office of the White House.

“Thanks to President Biden and the White House for giving us the opportunity to talk together about important issues and think about what we can do as artists,” BTS said.

In the video, not only a serious conversation, but also President Biden playing BTS’ song ‘Butter’ to create a pleasant atmosphere.

In an interview released through the video that day, BTS said, “I thought it was an issue that we must talk about as Koreans and Asians.”

In addition, BTS also met US Vice President Kamala Harris at the White House, which was also recorded in the video.

When Vice President Harris said, “If you give them a voice so they can think they are not alone,” BTS said, “We want to repay the love we receive and use our voices.”

BTS, the first Korean artist to visit the White House and speak out against hate crimes and discrimination against Asians, has consistently spread good influence with their voices in various places other than the stages.